It’s a cloudy day in Berlin and I’m sitting in a small wood-paneled room with 30 people, men and women…completely naked.

The temperature exceeds 95 degrees Celsius (203 F) as I watch a young man in a sarong twirl a towel above his head as skillfully as John Wayne wields a lasso. With each gust of hot wind he whips towards us, a burst of scalding air and the scent of eucalyptus hits my body. Beads of sweat dot my forehead and I feel on the verge of fainting. Despite being packed like a sardine into a room with other clothesless strangers, the fact that I’m nude is the last thing on my mind as I grin and bear the heat.

. journalist Sarah Hucal needed time to get used to being naked in Germany’s saunas

In fact, this just an average visit to a German sauna w. sauna-goers are required to be in the buff.

One highlight of the sauna experience is the standard “Aufguss,” which translates roughly to “infusion.” It’s the tradition of putting scented water on a sauna’s hot coals and whipping a towel in the air so that the scent is disseminated along with the waves of heat.

It’s a regular occurrence in Vabali, a vaguely Indonesian-themed microcosmos of saunas of varying temperatures and heated pools tucked away in central Berlin. 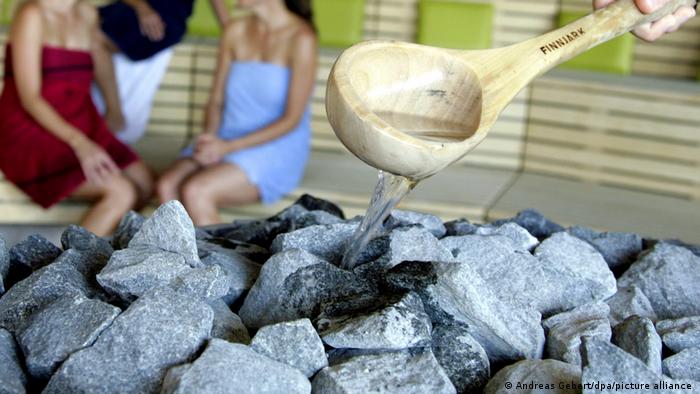 An ‘Aufguss,’ aka infusion, is a typical part of the German sauna experience

Yet the German sauna experience, namely the idea of walking around naked all day in a mixed-gender space, is something I could have never im.ned doing before moving to Deutschland.

Many German saunas are “Textilfrei,” “textile-free,” meaning that apart from the bathrobes that can be worn whilst strolling the grounds or eating in the restaurant and the towels one must sit on in the saunas, no clothes are to be worn.

I grew up in the US w. judgement-free, non-sexual nudity is simply not a thing. Discovering the freedom of letting it all hang out in German saunas w. everyone minds their own business has been one of the most liberating experiences of the past decade I’ve lived in Germany.

After all, sauna-going is something engrained in German culture: An estimated 31 million Germans regularly use saunas, according to the German Sauna Association.

For me, the process of becoming a “sauna nudist” was a gradual one. 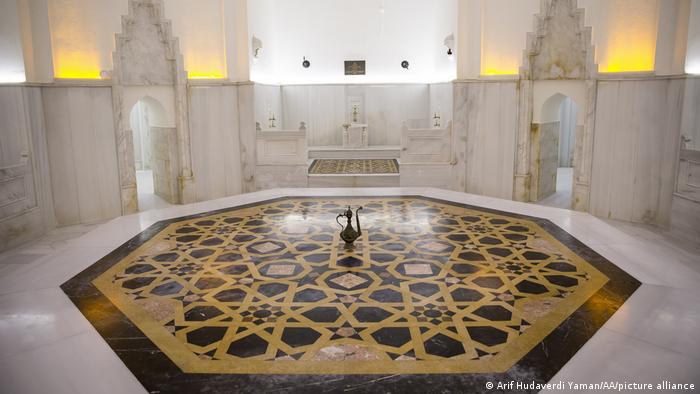 In the buff in a Turkish hammam

My first bare-it-all sauna experience was in Istanbul with a female friend right before I moved to Berlin in my early 20s. We were eager to have an authentic Turkish bath house experience and went to one of the city’s historic hammams. Notably, Turkish saunas are segregated by gender, unlike German ones.

My friend and I were told by staff to enter changing cabins and strip off our garments. “The underwear too,” I recall asking?

I was mortified. W. was I, the gynecologist’s office?

I exited the changing room, clinging to the towel covering me. The sauna attendant opened the door to the opulent, high-ceilinged room w. lounging women were bathing themselves with warm water poured from silver bowls. The staff member literally ripped our towels off of us, giving us both a rather firm push into the bathing room.

My friend and I awkwardly stumbled into the opulent room both in the buff. I felt like a plucked chicken and tried to cover myself with my hands, like that painting “The Birth of Venus” by Sandro Botticelli, except much less elegant. I felt weird just to be nude with my friend who I had only met a few months prior. 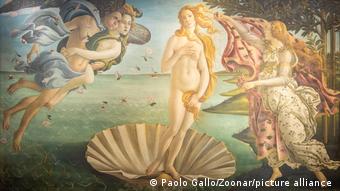 We had no idea what to do next. I saw a stack of bowls and faucets coming out of the walls. “Wash yourself” a lady next to us said, trying to help.

Eventually it was my turn to have the full body scrub and soap massage I had purchased. I laid on a hot slab of marble that was the massage bed, my eyes drifting up to the ornate patterns on the ceiling above. The elderly woman who was soaping and scrubbing me as if to take off all seven layers of my skin was also topless, and I wondered why — surely that wasn’t necessary.

It was my first time being nude in a public space and somehow this felt like too much to handle, although it seems silly to me now.

Several months later, I moved to Germany and began to discover its interesting wellness culture. It was the summer of 2010, I was an opera singer and had gotten a gig in the choir of a children’s opera that was connected to the famous Bayreuth Festival.

On the first day of rehearsal, my German colleagues and I visited the local Kneippbad — a rectangular foot bath people walk around in, picking up their legs mindfully, which is said to help circulation.

“Went to the Kneippbad right across the street from the opera house,” I wrote in the caption of a Facebook photo I had posted. “It’s essentially a freezing cold leg bath.” Frigid water has never been my cup of tea, and I found it funny to see people pacing in this little pool on their lunch breaks. I tried it out nonetheless. 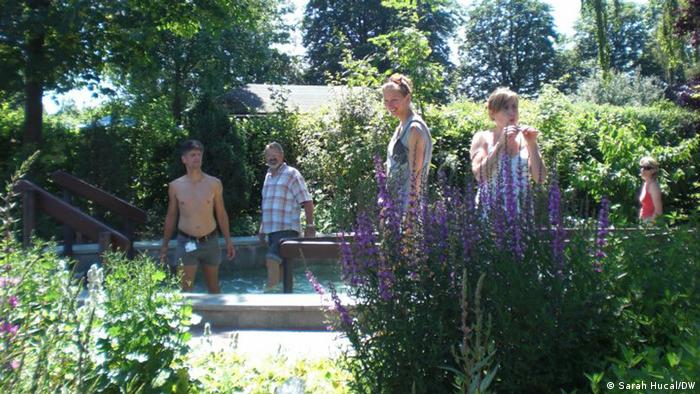 People take a break from their work days to walk around in the local Kneippbad in Bayreuth, Germany

On a day off, one of my choir colleagues asked if I wanted to join a group going to the local sauna. I knew men and women would be sitting together… nude.

How could I sweat it out next to my colleague’s boyfriend — one of the soloists who we performed on stage with — naked? How awkward, I thought.

Yet in the last decade in Berlin — and primarily through my love of Vabali — I have grown accustomed to walking around the tranquil sauna oasis in the buff and find it liberating.

What skeptics need to understand is that the environment is non-judgmental: It feels natural to be naked with fellow humans, our bodies in a range of shapes and sizes. One realizes the extent of body shapes and tattoo options that exist in this world. Everyone minds their own business.

Sometimes I scan the place, wondering who, like me, had to fight their upbringing and go with the German nudism flow.

Early in my Vabali-going days, I went into a sauna before an “Aufguss” and realized I was sitting next to a journalist couple I had met the night before at a party.

Since I was now sitting next to non-German professional acquaintances, I tried to be cool — as if I had long been accustomed to acting casually next to colleagues in a sauna, naked. The guy was British and I sensed he was not quite accustomed to the nudity yet — he looked squeamish, like me on my first visits. I said hello and made small talk about the party. Afterward, I felt as if I had overcome another barrier on my way to acting like a Berliner.

But I didn’t have time to congratulate myself. A moment later, John Wayne, aka the sauna attendant, started to whip his towel over the hot coals. Gusts of chokingly hot air hit my body. Male, female, naked, clothed, tattooed or pierced — in the sauna we all sweat the same.